When you are in Conflict with someone at Work

Conflict is part of life and given the amount of time that most people spend at work it is no surprise that we all come into conflict with others in the workplace from time to time. Conflict can trigger powerful feelings and cause us to want to fight or take flight. This was useful for our ancestors who might have had to fight or run away from a wild animal, but is usually not what we need in the 21st century. Instead it can be more helpful to find more creative strategies, whilst keeping the awareness of how we instinctively want to react.

So if someone is angry with you at work, and you come into conflict, firstly stay calm, breathe deeply and slowly, and try to ‘stay with’ what’s happening. Listen to them, maintain eye contact and an open body posture, remain as grounded as possible, take what they are saying seriously, give them time to respond and don’t talk over them. In a conflict situation it can be very tempting to be defensive, try to resist this temptation and instead, be open to what they are saying. If you feel that the issue is trivial remember that it is important to them.

Simply acknowledging the anger of the other person can be very helpful, for example responding by saying ‘I can hear that this has made you very angry’ can make all the difference. They then know that you have heard their anger and it can help them to move on in their thinking. You can also reflect back to them what they are saying, but taking the ‘heat’ out of it. For example, if they say ‘I’ve had enough of working here, I just need to be somewhere where I am respected, you can simply respond ‘So it’s important to you that you are respected at work’.

If the other person becomes rude or offensive at any time then it is time to draw the line, tell them that you are not prepared to listen to them whilst they speak to you in that way, and if they continue, remove yourself from the situation.

Changing the setting can make a difference. You can suggest that you move somewhere else, for example private space, to carry on the discussion further. Also, if the other person is raising their voice you can raise yours to match theirs, gradually lower yours, and often they will do the same. You can also own any feelings of discomfort that you have by saying for example, ‘I am feeling very uncomfortable with this discussion’. This is preferable to saying something like ‘You make me feel uncomfortable’, which could feel accusatory and might antagonise the other person.

It’s always hard to hear ourselves being criticised, but if this is the case, try and listen and be open to the feedback that you are receiving. If you feel that it is not valid, say so in a calm way. Take time to think about it and if you decide that it was valid be prepared to take this information on board and, if appropriate, do things differently.

Finally, however much you are provoked always remain professional in the workplace, if things descend into trading insults you will regret it later and it’s not worth it. Never forget that you are at work and should act in a professional capacity at all times.

To conclude, when in conflict with another it’s useful to maintain the awareness that being in conflict triggers powerful feelings, but that we can choose to over-ride these and act in a more calm and measured way, and if we take the trouble to do this it’s likely to ultimately lead to a happier outcome all round.

Dealing with Bullying in the Workplace

No one's too Young to Mediate

The Value of Taking a Break at Work 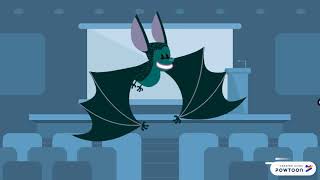 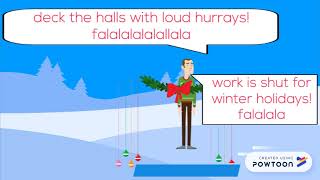